At the close of the school year, the 8-year-olds at Jean Jaurès Elementary School in Garges-lès-Gonesse completed their 4th and final year in our A violin can change the world program. These CE1-level students received their violin diplomas during the school’s annual awards ceremony on June 18, becoming the first class in the city to graduate from the program.

First Deputy Mayor Marie-Claude Lalliaud was in attendance, and some of the children even had the opportunity to perform for their schoolmates!

Also on June 18, the first graduating class at Chat Perché School in Cergy-Pontoise presented an in-person concert—a delight for the happy few attendees after so many virtual events! The young violinists were highly focused and played well together as they performed an original version of the traditional song Au clair de la lune, and the concert closed with a performance by violin teachers Anna Maria, Claire-Marie and Rena. Afterwards, diplomas were presented to the graduates, with Claire Beugnot, Deputy Mayor for Education, in attendance.nce.

On June 19, the young violinists in the second graduating class at Paul Éluard School in Persan presented their year-end concert at the city’s School of Music, with their parents in the audience.

The work they performed, created in partnership with Fondation Royaumont and Diana Soh, composer in residence at Royaumont Abbey, was a first for our A violin can change the world project. Ms. Soh wrote several pieces specifically for the graduating class and visited several times during the school year to work with them. At the June 19 concert, the young violinists performed 3 musical tableaux, reading from graphic scores, with accompaniment from their violin teachers.

After the concert, the students received their diplomas. Present for the graduation ceremony were Deputy Mayor Valentin Ratieuville, Inspector of Schools Pascal Lefort, and School of Music Director Patrick Laviron. 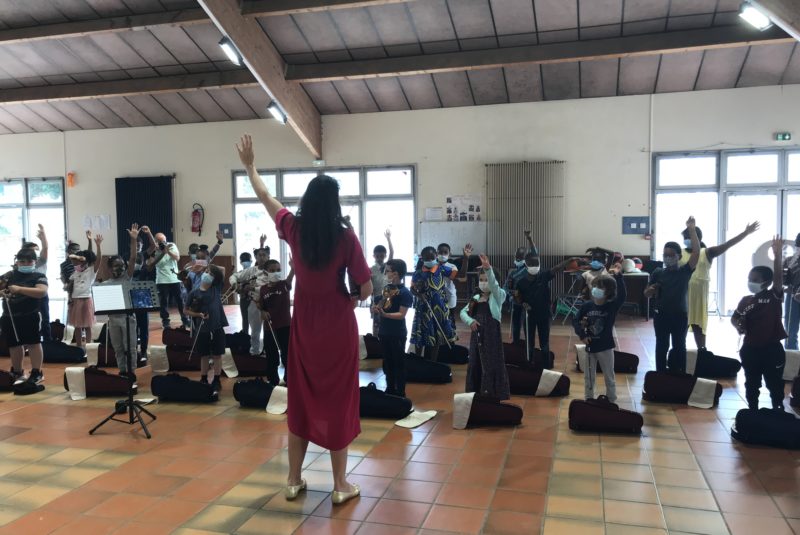 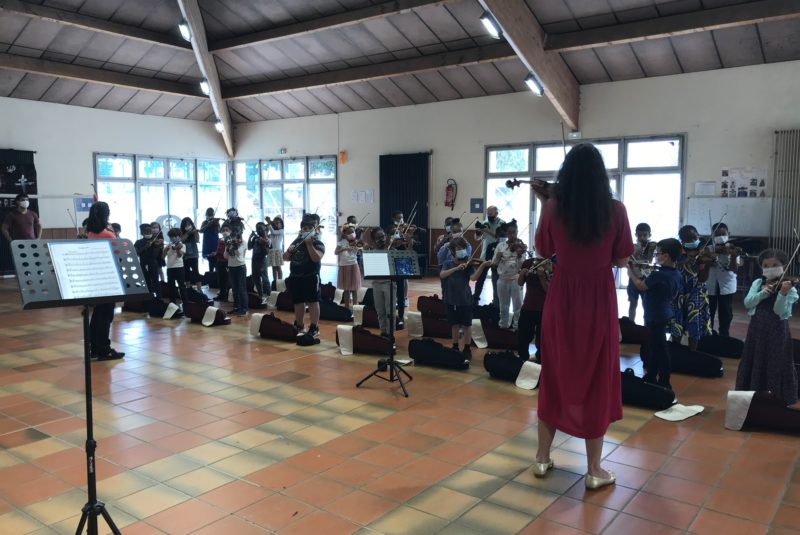 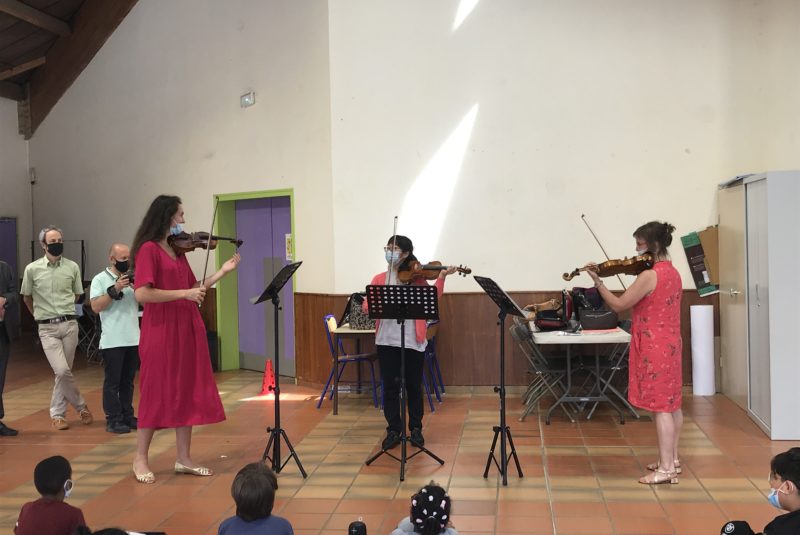 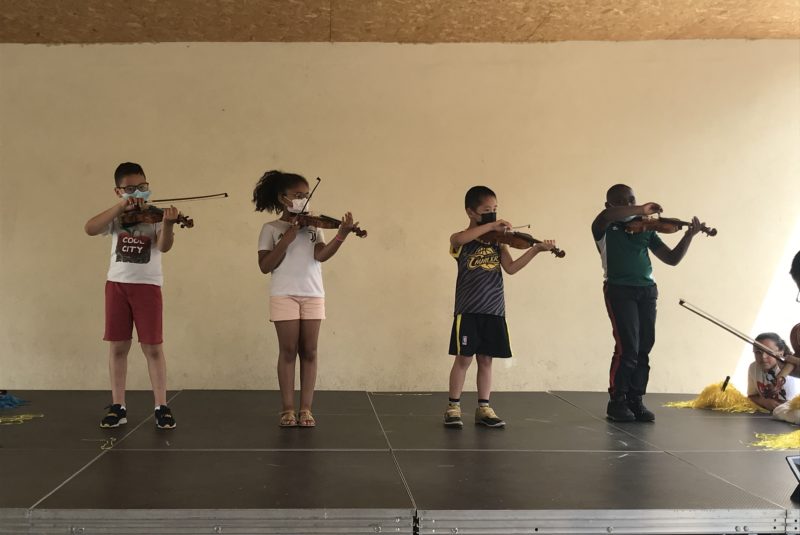 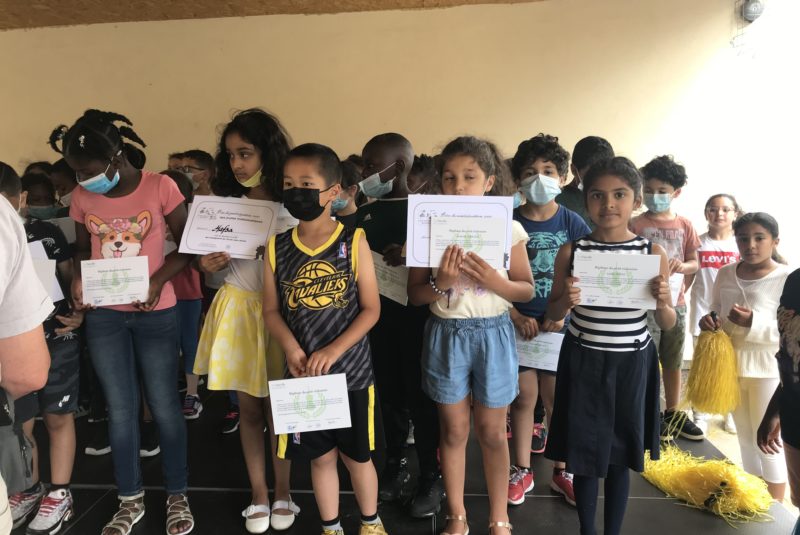 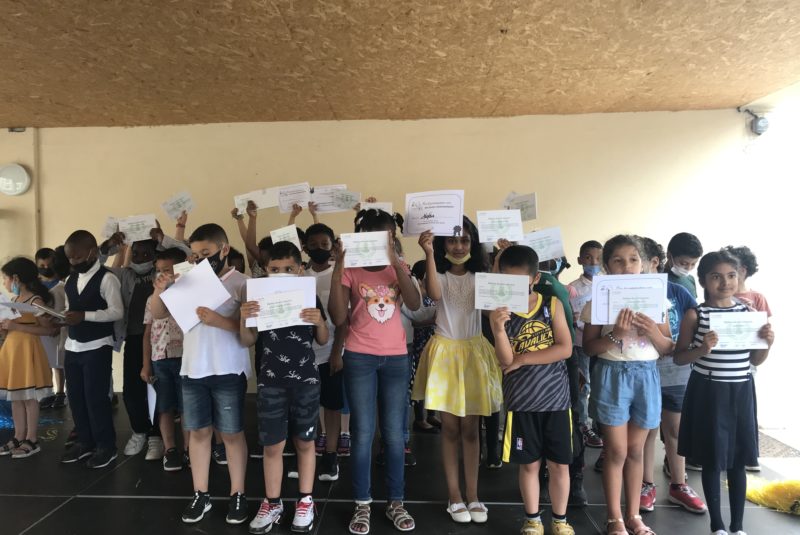 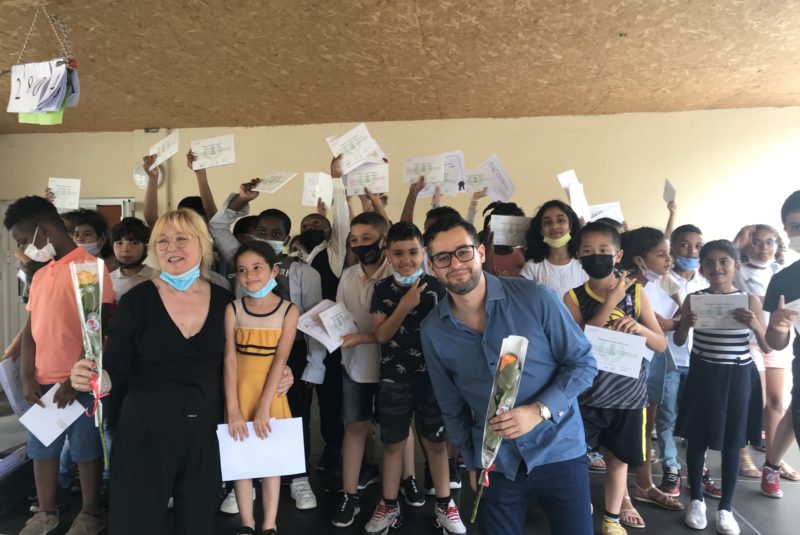 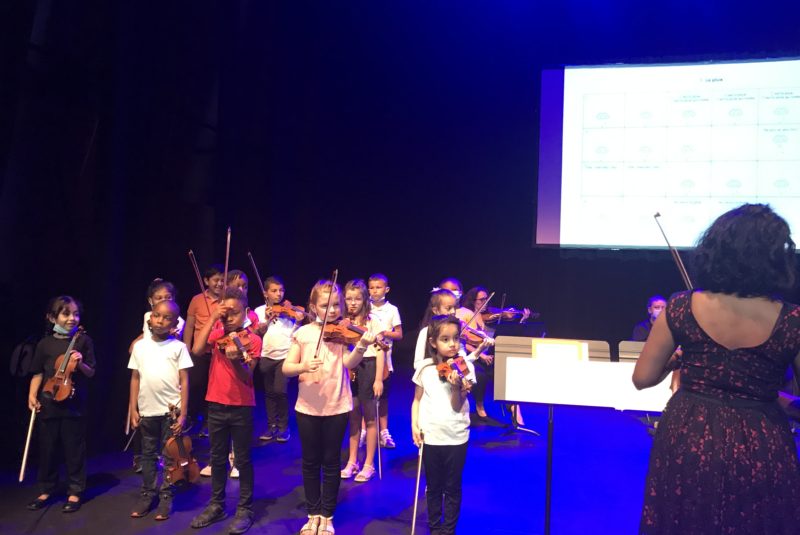 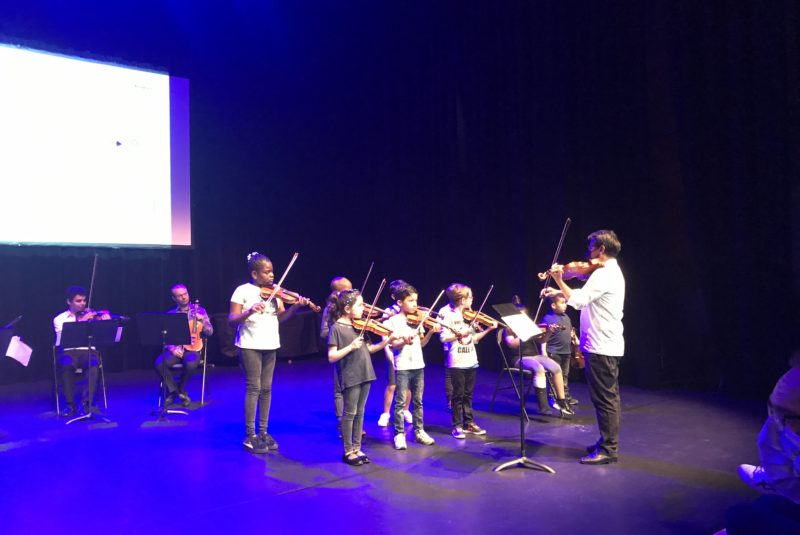 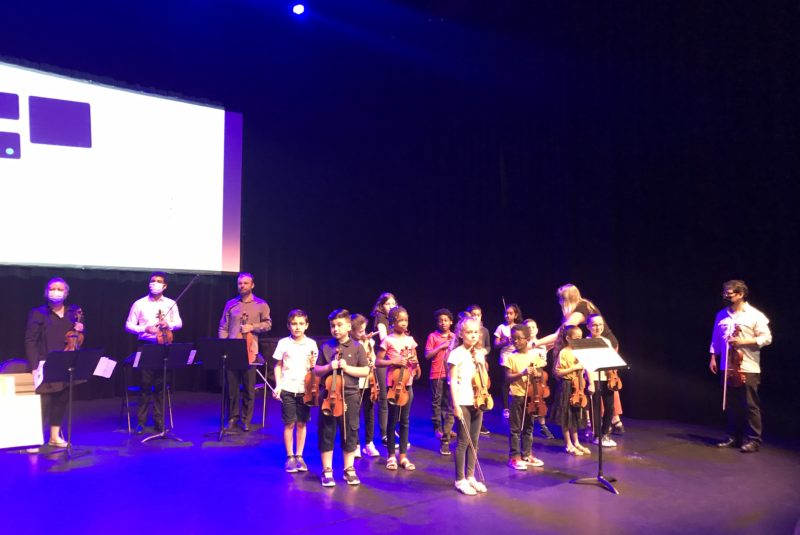